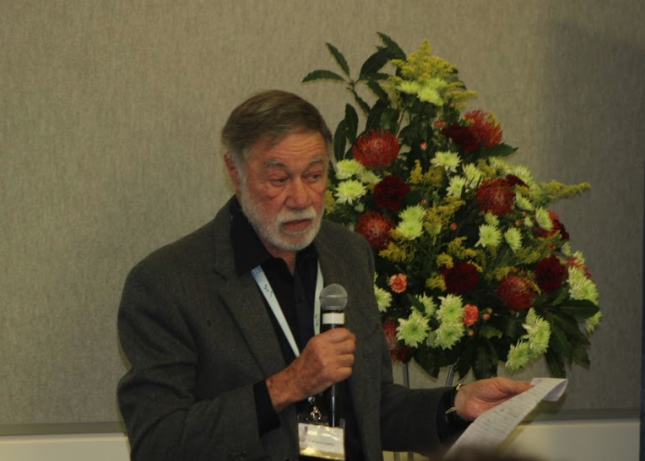 Since news of David Sanders’ sudden and untimely death broke on Saturday morning the tributes, messages and condolences via emails, whatsapp, phone calls, Facebook and Twitter have not stopped pouring in.

They have come from present and former students, colleagues, activists and government officials; from all over the world, from individuals and large institutions. Many somewhat incredulous, because, as one colleague told me, “I somehow thought David would be around forever”.  And all expressing a profound sense of loss, as well of deep gratitude for his work and contribution: loss of the tenaciously urgent voice of the health activist and commentator fighting for health as a human right, fighting against persistent inequity and injustices; loss of the leader who helped build the post-independence health system in Zimbabwe and later in South Africa, the School of Public Health at UWC, and the People’s Health Movement both globally and in South Africa; loss of one of the public health community’s voices of conscience, who could be relied upon to ask the inconvenient questions at a world health assembly, a TV debate or a local workshop; expressing in an enviably articulate and sharp manner what many of us could not find the words to say.

I worked closely with David for 26 years. He recruited me into the fledgling Public Health Programme at UWC, as he did so many others, with a keen eye for people who shared his convictions and vision for health and social justice, and who were prepared to work (almost) as hard as he did.

I attended his first short course on Health, Development and Primary Health Care at UWC, a course which still runs as a module for our postgraduate students. His slides of the Zimbabwean nutrition programme have stayed with me to this day. His book, “The Struggle for Health”, made as deep an impression on me as it did on generations of students over the past 30 years. Inspired by and under his energetic, and at times demanding leadership we built the formidable School of Public Health at UWC, offering transformative public health education to students from the entire continent, conducting research and developing interventions for health systems and health programmes, always informed by a focus on the social determinants of health and issues of social justice. As is the case with many great leaders, working with David was not always plain sailing: it could be exasperating that he arrived late for every single meeting, insisted on not ever getting rid of any piece of paper, so that he would disappear behind the piles on his desk, or arriving with 75 slides for what was supposed to be a 15 minutes presentation. But, like everyone else, I listened spell-bound when he unpacked the upstream determinants of health, urging us to pay attention to the politics of health. He was a wonderful teacher and mentor, as so many of the tributes have expressed. And he also was, and encouraged all of us to be, a consummate public intellectual, activist and commentator, building the People’s Health Movement, contributing to the work of the South African National Commission on Higher Education, the National Health Act, and many other national and international policy debates, advocating for the importance of community health workers and for political action against the rising tide of NCDs, and most recently for a National Health Insurance as a “a basis for a unified and equitable health system”. Like the title of his second book, he urged all of us to always “Question the Solution” in search for equity and social justice.

I suspect David himself would be slightly bemused at the many tributes and the expressed sense of loss. He would probably say, in his wry and somewhat self-depreciating style, ‘well, they only say all these nice things because they know that I now cannot argue with them anymore’. But we and I know better. We will continue to hear and listen to his voice, and in this way he may well “be around forever”: through his voice, his contributions and the memories we carry.

Many of the tributes for David have ended with the call “A Luta Continua”, a call to pick up his spear, to continue questioning the solutions. This is his lasting legacy!

Nonetheless his all to early departure leaves a huge void – for us as his colleagues, friends and comrades, but of course all the more for those closest to him: his wonderful wife Sue, his children, his sister and wider family. Our condolences go out to them, hoping that they may find some solace in the knowledge that his life and work touched so many.