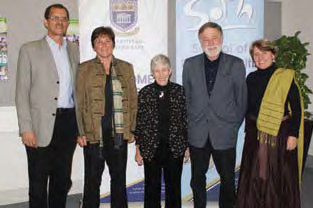 Shula Marks was born in Cape Town; she emigrated to the UK in 1960 and received her doctorate from the University of London in 1967.

Shula Marks was born in Cape Town; she emigrated to the UK in 1960 and received her doctorate from the University of London in 1967. She has lectured and written widely on late-nineteenth and twentieth century South African history, including the history of health care in South Africa.

Apart from ten years between 1982 and 1992, spent as Director of the Institute of Commonwealth Studies, Prof Marks has spent her academic life at the School of Oriental and African Studies, where she is an Emeritus Professor and Honorary Fellow. She has honorary degrees from the universities of Cape Town, KwaZulu-Natal and Johannesburg, is an Honorary Emeritus Professor of the University of Cape Town, an Honorary Research Fellow of the School of Advanced Studies, University of London, and (now Emeritus) Fellow of the British Academy. Beyond the academy, she is currently on the Council of the Canon Collins Educational and Legal Assistance Trust, and spent thirty years on the Council for Assisting Refuge Academics, which she chaired for ten years.

She introduced her lecture on ‘Contesting Health Care 1930-2013: South Africa’s experience of social medicine in international perspective’ with the following points. While the miracles of modern medicine have never been more miraculous, the numbers of people dying of preventable diseases have probably never been higher than at the present time. Our television screens present an image of the most remarkable cures – alongside visions of human illness and despair, even in the mostaffluent countries of the world. Inequalities in health are not simply marked between societies but withinthem, and while the private and public expenditure on health care climbs ever higher, this is in general apoor guide to the health of the national population as a whole. This is as true in most of the ‘developed’ as it is in the ‘developing’ countries. Devising appropriate and affordable health care delivery systems is widelyacknowledged to be one of the crucial issues of our time, widely debated and contested.

In this lecture, Prof Marks looked at South Africa’s experience of these contestations in an international context at those three ‘moments’: in the 1940s and1950s, the 1970s and 1980s, and since 1994.